Lists. I would assume that most of the world uses them to keep on track. Simple little reminders of what needs to be done or what has already been accomplished.

I, personally, still use a paper, spiral bound planner for my family’s functions. The reminders and feeling like I constantly HAVE to keep my phone with me prevents me from adding this part of my life to my digital almost-sidekick. I also love the feel of the paper under my pencil or pen and get a thrill out of opening a new package of highlighters. Office supply junkies – you know what I’m talking about 😉

We’ve tried multiple lists at our house to help keep us on task, on schedule, organized, and functioning. These are usually for extra, non-daily projects or encouraging good behavior.

A few days of reacting like this Moana meme, but set at about 6:58am… 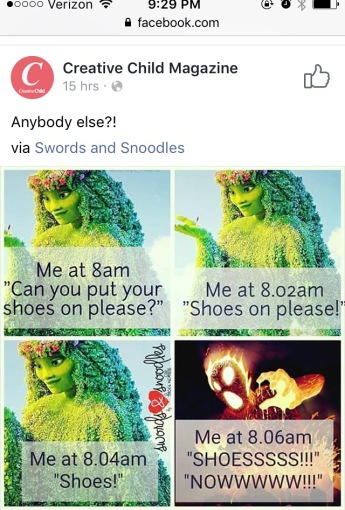 had me considering ways to make our mornings a little smoother.

My creative, kind, morning-hating, 7 year old little boy tipped the scales this morning. He wants terribly to be more independent and for us to “stop telling him what to do.” Apparently, we are being bossy by asking him to wear shoes to school. Alrighty then…

His heavy-weight, scale tipping moment occurred this morning when he LIED to me about brushing his teeth.

I was across the room when I started asking. I hadn’t seen him go into that bathroom yet this morning. I was closing the distance, repeating my question. I warned him that lying would be a bad choice. He insisted that he had brushed them and looked sad.

Then I walked to the bathroom to put in my contacts. I reached up and felt his toothbrush – DRY. These bristles had NOT touched teeth this morning.

He didn’t lie out of anger, fear, exhaustion, or any of the other emotions listed on the parenting sites,”Love and Logic,” and Grace-Based Parenting books I’ve read.

All costs indeed. — All our toilets will be shiny and clean tonight.

Trust will have to be earned back.

Lying is NOT tolerated at our house. I’m a truth teller – even if it hurts – and sometimes it does. Don’t ask if you don’t want to know. We are consistent in our actions and words that the truth is always better than a lie. Less harm comes from just being honest than when you choose to lie then get caught or snowball it and THEN get caught.

After brainstorming and doing some research on lying and defiance, I decided we are back to the plan of a list. He’s a solid reader, thus can read his new list. 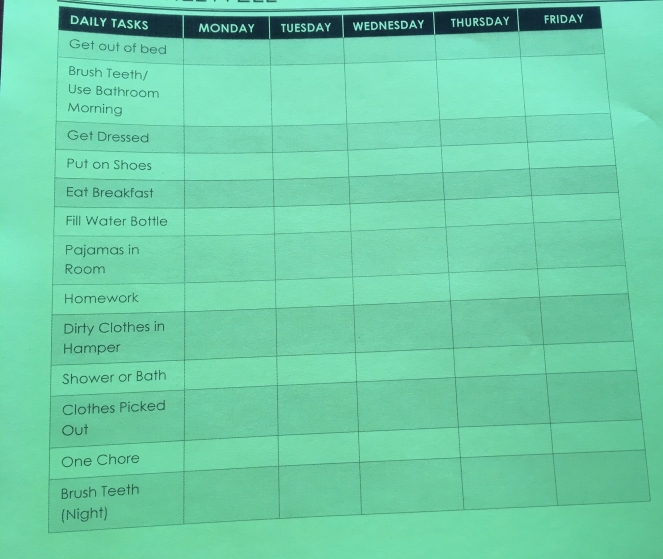 As you can see, this is not rocket science. We are asking for daily, basic functions on school days. He has from 6:25 – 7:00am to complete his morning tasks, 5 days a week. The tasks are laid out. I will strive to give him the independence to accomplish these without my prompting within his given timeframe.

Evening activities are simple as well. We’ve already been doing all of these for a month. Homework is finished between 4-5pm depending on when I get out of the office. If we push homework later, it doubles the amount of time and exponentially increases the drama.

Time after these tasks are done is free. Do whatever you want. Play. Jump. Sing. Ride bikes. Read books. Puzzles. Whatever.

Who said this parenting stuff was easy??? Seriously. Raise your hand.

I’m hoping that by giving him the independence to get these tasks done and check them off the list, it will help fill his autonomy bucket. If his bucket is full, maybe it will stem the tide of arguing. Hopefully, this will result in realizing there is no need to lie about brushing teeth.